Why companies are embracing anonymous hiring

More so than ever, companies are beginning to understand the importance of keeping a fair hiring process. This is where anonymous hiring comes into play.

The notion of anonymous candidates has been ever-growing in popularity in recent years. Unfortunately bias, whether unconscious or not, can sometimes have an impact on the hiring process. Anonymous hiring is a way of trying to eliminate any prejudice and make the process of screening candidates as fair as possible.

What is anonymous hiring?

So what do we mean when we talk about anonymous hiring? It’s quite simple, really. It’s the act of removing any information that could influence bias during the hiring process. This could mean gender, ethnicity, age, appearance or any other personal details which wouldn’t be relevant to the job itself. Candidates are judged on the skills they have for the job.

In March of this year, Teamtailor released the option to screen candidates without any pre-existing bias or prejudice. Names of candidates are replaced by colours and animals. Also, if you require applicants to upload a resume, then Teamtailor will automatically remove names, pictures and personal information, while keeping all the relevant information about a candidate’s experience. 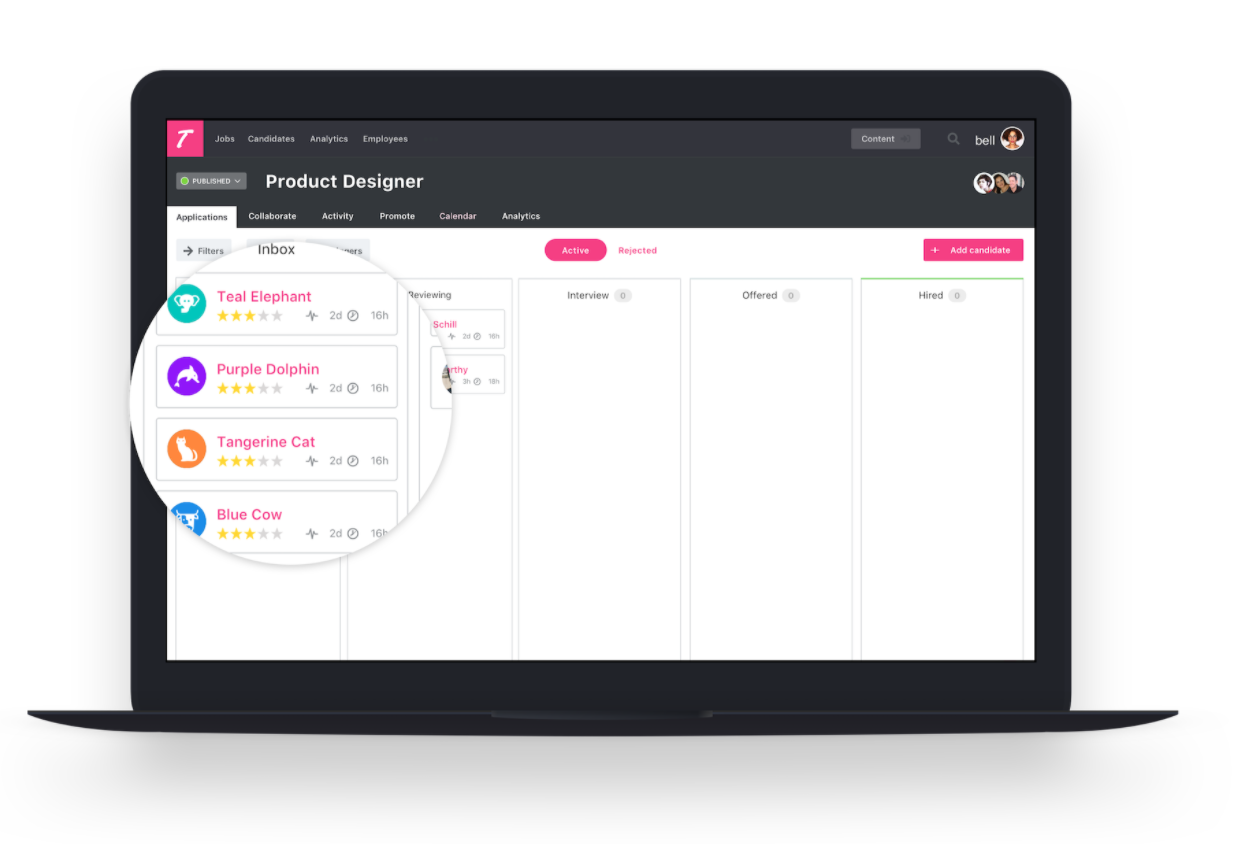 Unconscious bias is defined in many ways. Simply put in terms of recruiting, it’s forming underlying stereotypes of certain people without a conscious awareness of doing so. Studies on screening processes within business have found some interesting results. For example, “resumes with old-sounding names were rated as less suitable for the job compared to identical resumes with modern-sounding names.” The problem is, most people wouldn’t even realise they were doing it.

Women are also 30% less likely to be considered for an interview than men. By removing any pre-existing bias, you not only ensure a fairer process overall, but also a higher level of diversity within the workplace.

One of the oldest and most-used examples of anonymous hiring dates back to the 1970s. An orchestra decided to put all musicians auditioning behind a screen, so those making the decision could only hear the music. The result of this was 50% more female musicians passing the audition stage than before. Nowadays, companies like Deloitte and the BBC have begun to adopt this same method to make their hiring process more fair.

Sure, there will still be moments where unconscious bias can make its way through. Perhaps at a later stage in the candidate’s journey, during interviewing or whatever else. As mentioned before, statistics show that blind hiring will lead to a more diverse workforce. However, there is also evidence to prove that diverse workforces actually perform better.

Companies in the top quartile for gender diversity are 21% more likely to financially outperform those in the bottom quartile. For ethnically diverse companies the likelihood increases to 33%.

Anonymous hiring can be a really easy way of removing unconscious bias in the workplace if you can keep it creative. Companies are beginning to understand the importance of keeping a fair and honest process when hiring new talent.

If you’d like to learn more about anonymous hiring and how you can implement it into your business, Teamtailor can show you how! Just click here.

New: Collaborate with your team

Our new update makes it possible for you and your hiring team to communicate and collaborate in Teamtailor.

Following these 3 key steps can help you improve your reference checking process and lead to more informed hiring decisions!

Get your monthly dose of Teamtailor news, blog updates, invites to events and all things HR and Recruitment!